+++ FOR A SHORT TIME ONLY: Get our upgrade set with a value of $554,95 for free +++
Cookie preferences
This website uses cookies, which are necessary for the technical operation of the website and are always set. Other cookies, which increase the comfort when using this website, are used for direct advertising or to facilitate interaction with other websites and social networks, are only set with your consent.
Configuration
Technically required
These cookies are necessary for the basic functions of the shop.
"Allow all cookies" cookie
"Decline all cookies" cookie
CSRF token
Cookie preferences
Currency change
Customer-specific caching
Individual prices
Language detector
PayPal payments
Selected shop
Session
Comfort functions
These cookies are used to make the shopping experience even more appealing, for example for the recognition of the visitor.
Note
Statistics & Tracking
Affiliate program
Google Analytics
Google Tag Manager
Track device being used
Categories
Information

The Future of Sex Dolls 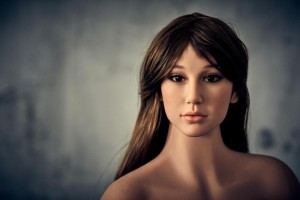 As we explored in our ‘History of sex dolls’ post last month, sex dolls have come a long way in design and complexity over the years.

However, we are now at an exciting point where the advance and increased capabilities of technology mean innovations and improvements are being made faster than ever.

Already, sex dolls from a couple of decades ago are unrecognizable compared to the complexity of modern sex dolls - but will the same be true of the dolls available in 20 years’ time?

What will the sex dolls of the future look like and how will the industry change in coming years?

Sex dolls are becoming more and more realistic, from the human feel of their skin to the complexity of their motion sequences, which allow them to easily adopt different positions.

However, arguably the biggest - and most exciting - development on the horizon is the introduction of sex dolls that can speak.

This feature will make dolls better equipped to provide companionship and also allow them to give realistic reactions to sex.

Some people have even claimed that we will reach a point where sex dolls will replace women, as dolls become so realistic that they are indistinguishable from real women in appearance.

A recent innovation on the market has been the ability to create custom sex dolls, and the level of customisation available will only increase as technology continues to improve. Dolls will be customisable down to the last detail according to your preferences, allowing you to perfectly recreate the woman of your dreams.

The past decade has seen a significant increase in the amount of media coverage given to sex dolls, through films, documentaries and TV shows, and as public awareness of sex dolls grows we will continue to see increasingly more regular media coverage.

This is very positive for the industry as it is crucial to removing the stigma that surrounds sex dolls and increasing public acceptance of sex doll ownership.

In turn this will expose a wider audience to sex dolls, making it likely that online communities of doll owners will continue to grow.

The dolls’ increasing realism will assist with changing public attitudes: as dolls become more realistic, their companionship and AI abilities will become more clear, and this will change how they are perceived by the wider public. Indeed, sex dolls have already been shown to help with depression, and their emotional benefits will become more widely understood.

As the sex doll industry becomes more accepted, it is hoped that sex dolls will be widely seen as a safe way to explore sexual fantasies and also providing potential for allowing people with disabilities to experience sexual pleasure.

It’s clear that the future is very bright for sex dolls and this is an exciting time for the industry. A combination of increasing media coverage, technological improvements and the removal of the stigma around owning a doll means sex doll ownership will become more mainstream.

DollsClub constantly review our product range to ensure we have the newest and best dolls available. Keep checking back on our recent arrivals section to keep up-to-date with the latest innovations on the market.

We are glad to help you. Your questions will be treated 100% confidentially.

Up
This website uses cookies, which are necessary for the technical operation of the website and are always set. Other cookies, which increase the usability of this website, serve for direct advertising or simplify interaction with other websites and social networks, will only be used with your consent. More information
Decline Accept all Configure